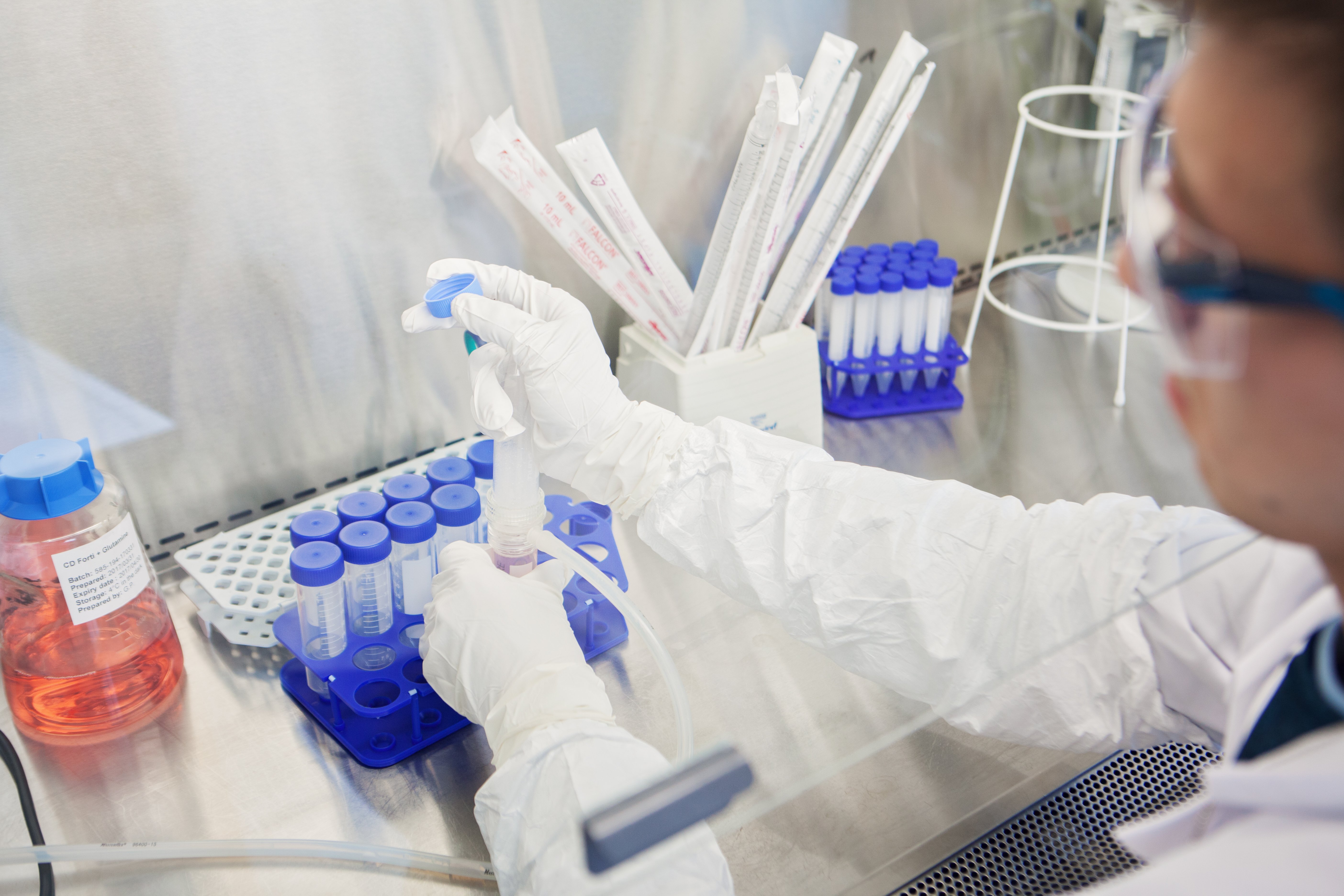 In 2019, companies, working in the Lithuanian biotechnology sector, have shown a growth of 24% in revenue, exceeding 1 billion Eur. The sector is expected to maintain the same rapid pace in 2020 as well. However, entrepreneurs and scientists, working in the industry believe that the future growth should be even faster, while the pandemic, the green deal of the European Union and the funding from the EU Recovery and Resilience Facility could become an incentive for a rapid leap of the Lithuanian biotechnology sector.

"According to calculations, the global biotechnology sector is expected to grow on average by 8% every year until 2024, while individual fields, such as digital biotechnology could be leaping forward by 50% every year. The pace in Lithuania could be even faster because of our huge potential (firstly – scientific) that has not yet been used to its full extent," says Tomas Andrejauskas, President of the Lithuanian Biotechnology Association (LBTA).

LBTA unites 21 biotechnology companies, which employed more than 1700 people in 2019, and 7 scientific and academic institutions. In 2019, the turnover of the Association’s companies amounted to 680 million Eur with each employee creating 0.4 million Eur of revenue.

It is estimated that in order to reach the breakthrough by 2030, the state should invest at least 200 million Eur into the innovations of the Lithuanian biotechnology sector – together with business investments this would constitute significantly more than 300 million Eur. It would enable to increase the sector’s contribution to the Lithuanian GPD from 1.5% to 5% by 2030. "Lithuanian biotechnology sector is ready to invest and implement innovative projects that create huge added value already today, but the breakthrough requires a clear state strategy, more investments into innovations and a system to ensure cooperation between businesses and universities," says the LBTA President.

The projects on the agenda of the Lithuanian biotechnological companies and universities include the establishment of the Biotechnology R&D and Virology Centre, Gene Therapy Centre, Centre for Metabolic Engineering and Biomolecule Synthesis Research and Experimental Development and Production with incubation services.

"The sector’s numbers in terms of added value, growth and exports are truly impressive, but state support would enable us to develop even faster," says Prof. Vladas Algirdas Bumelis, whose Northway Biotech company has just opened a subsidiary in Boston, USA, and has already received nearly 40 million Eur of investments.

"The research and achievements of the scientists, working in the Lithuanian biotechnology sector, are of highest international level, yet universities are having a hard time obtaining revenue from intellectual property turned into market products, developed by scientists and business working together. A strategic focus on the major sectors, including biotechnology, should be maintained both in terms of funding the fundamental and applied sciences so that long-term state investments into science could ensure the revenue to help maintain the positions in the lead of biotechnological sciences," talked Prof. Edita Sužiedėlienė, Associate Dean of Vilnius University, sharing her thoughts on the cooperation possibilities between business and science.

Lists 5 obstacles for the breakthrough of the biotechnology sector

Business associations, uniting Lithuanian biotechnology companies and five universities, implementing scientific research, have addressed state institutions, making suggestions on how strategic and systemic work could turn the biotechnology sector into one of the most successful engines of the Lithuanian economy. The address listed five major obstacles, which hinder further fast development of the sector.

First of all, there is an absence of a clear strategy for the biotechnology sector. "The sector requires a separate strategic innovation program, the framework of which would establish prospective areas, where the joint cooperation of business and science could produce commercially-successful products of applied science, complying with the EU green deal and digitization," says Prof. Vladas Algirdas Bumelis.

The funding of the sector is particularly fragmented, including only a part of the innovation process – this could be listed as the second problem, which also requires urgent attention. "In 2020, the state co-funded 91 biotechnology projects, the value of which is more than 86 million Eur. 31 million of these funds was constituted of company funds, thus, the average funding, allocated to each project, was 600,000 Eur. This is not enough for a significant leap in such an investment-intensive field as biotechnology," noted Mr. Andrejauskas. "Let’s say a company managed to obtain 600,000 Eur in the initial product development stage, but the state has not created a funding measure for further works – what happens with the product and the 600,000 Eur spent? Everything will likely stay in the document stage," noted Mr. Andrejauskas.

Research-based innovation (R&D), particularly in the biotechnology sector, is expensive, yet unavoidably needed for the development of new products to enable this sector of the Lithuanian business maintain its positions in the international biotechnology export market.

"The only way to make a significant increase in the applied R&D volumes in Lithuania is to create an incentive system, which would help establish strong local companies that could later be sold to global players for further development, as were the cases of Fermentas and Sicor Biotech. The sector sees a lot of startups, but startups alone are incapable of creating 5% BVP – we need to strengthen new successful companies and thus create larger exporting companies, attracting foreign partners and investors," talked Professor Bumelis, listing the third obstacle. Such companies should receive continuous and long-term funding, because developing a new product in biotechnology sector might take as long as five years.

Talking of startups, Lithuanian biotechnology sector is in a dire need of a separate acceleration program and young company incubation capacities. "Lithuania sees dozens of biotechnology startups every year. They have excellent technological competencies, but lack commercialization skills and laboratory incubation infrastructure, where they could develop and test their innovations," said Mr. Andrejauskas, identifying the fourth problem, hindering the growth of the biotechnology sector.

New companies do not need enormous production capacity in the initial stage, but what they do need is an access to equipment, also scientific and product commercialization competencies. If these incubators and accelerators were operated by organizations, jointly managed by business and science, this would ensure smooth operation of all of the necessary constituents with no waste of the accumulated experience.

Scientific and business community is also urging to eliminate the fifth obstacle, suggesting to review the innovation management system and organize scientific-based innovation funding measures under business-university consortia. They would take care of the project selection and decision-making regarding project continuity with application of the ‘stage-gate’ approach, which has already proven useful in the biotechnology business. This system would enable efficient implementation of realistic projects, making a timely cut on those that do not show any potential, thus saving funds for new projects. This approach to organizing innovation funding would enable the state to be sure of investing to prospective and viable projects. This model would also help strengthen Lithuanian universities: continuous and systemic participation at joint projects with business would increase their entrepreneurship competencies and thus ensure the much-needed additional flow of income from developed intellectual property.